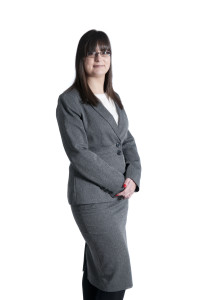 Helen is a Partner and the Head of the Crown Court Team at Kangs Solicitors.

Since qualifying as a Solicitor in 2003, Helen has conducted criminal, regulatory and extradition defence work her entire career. As the Head of the Crown Court Team Helen oversees hundreds of serious criminal and regulatory cases each year.

Helen has acted for high profile international sports personalities as well as many HNW individuals during her career who all appreciate her calm and reassured manner when conducting serious criminal litigation.

Helen acts for clients throughout England & Wales and has expertise in conducting cases with significant cross-border issues.

Helen defends extradition proceedings in relation to all criminal allegations and has experience of defending extradition applications alleging fraud and money laundering on a multi-million pounds scale.

Helen is ranked in the Legal 500 in recognition for her work.

“Helen Holder is a hardworking solicitor, who considers and leaves no stone unturned in the preparation of her client’s case”.
“Helen Holder – an amazing work ethic; nothing she won’t do to get the job done for the client”.
“Helen Holder is extremely intelligent and hardworking. Her cases are so well prepared. A superb manager and organiser of a case”
“Helen Holder is an experienced criminal litigator. She is much admired for having conducted the full array of criminal and fraud cases
with considerable skill over her career”.
“She often goes above and beyond the call of duty for her clients…to provide an outstanding level of service”.
“Helen Holder can turn her hand from serious fraud to gross negligence manslaughter with equal ability.”
“Strong expertise in fraud cases and drugs conspiracies who works heavily on Crown Court cases.”
“Noted for her work in criminal cases and in particular historic sexual abuse cases.”
“Helen Holder is bright and ruthlessly hard working”

Helen is often engaged by clients at the outset of a criminal investigation and takes great care in being proactive during the early stages of a case.

Helen has significant experience of representing clients in interviews under caution for a wide array of criminal and regulatory allegations.

She has considerable success in achieving early resolutions to her cases as a result of her proactive defence work undertaken at the earliest stage. Helen guides clients through the process calmly, explaining the tactical and technical matters that need consideration.

Helen’s experience has shown that early engagement with a solicitor in a criminal investigation can often make the difference between the matter being concluded swiftly and successfully or it being destined for a trial in the Crown Court.

The cases listed below did proceed to court. There are many more that did not as it was possible for Helen to secure a successful outcome during the investigation stage leading to no charges being brought against the client.

Helen has been instructed on a wide variety of cases in recent times, a sample of which include:

R v H – Birmingham Crown Court
Lead solicitor on the first trial in the UK relating to sexual offences committed outside of the jurisdiction. The preparation of the defence case required Helen to travel to Kenya to collate evidence. Many Kenyan based witnesses subsequently gave evidence during the trial by video link. Following a lengthy trial, the defendant was acquitted of the most serious of the alleged offences.

R v W – Stoke Crown Court
Secured an acquittal for a defendant charged with rape and sexual assault by penetration on an ex-partner.

R v L – Warwick Crown Court
Secured a non-custodial sentence for a defendant, caught by a “paedophile hunter ring”, attempting to engage in sexual communication with a minor.

R v H – Birmingham Crown Court
Secured an acquittal for a 17-year-old defendant with mental health difficulties charged with rape of his ex-girlfriend.

R v J – Birmingham Crown Court
Acted for a defendant facing an allegation of rape against daughter, which resulted in the Prosecution offering no evidence.

R v R – Croydon Crown Court
Prepared an application to vary the length and the prohibitions of an indefinite Sexual Harm Prevention Order to one of a fixed length and reduced prohibitions.  Application granted by the Judge who praised the thoroughness of the defence application.

R v P – Nottingham Crown Court
Defendant was acquitted after trial of conspiracy to pervert the course of justice connected to a murder which took place in Nottingham City Centre.

R v B – Leeds Crown Court
Secured acquittal for a Letting Agent charged with Gross Negligence Manslaughter x 2 in relation to the death of two children in a house fire.

R v R – Woolwich Crown Court
Represented a defendant in the highly publicized ‘escape from custody’ case of John Anslow, who was remanded in custody on charges of murder.

R v M – Birmingham Crown Court
Defendant of good character was found not guilty of robbery and firearms offences after a trial.

R v C – Birmingham Crown Court
Acted for a defendant who was acquitted by jury for offences of racially aggravated assault and affray.

R v K – Derby Crown Court
Secured a non-custodial sentence for an 18-year-old who pleaded guilty to possession with intent to supply Class A drugs. Complex issues arose since the defendant was 17 years old at the time of committing the offence.

R v W – Wolverhampton Crown Court
Secured an acquittal for an NHS worker with no previous convictions charged with having a dog dangerously out of control which caused injury.

R v W – Newcastle under Lyme Magistrates’ Court
Represented a ‘designated premises supervisor’, who was of previous good character, in relation to criminal offences regarding the breach of a Premises Licence. Following representations to the Prosecution, several of the charges were dropped, and the defendant was granted an absolute discharge.

R v B – Cardiff Crown Court
Represented a defendant charged with numerous offences of fraud with a total value of circa £1 million.

R v C – Stoke Crown Court
Represented a defendant accused of Cheating the Revenue. Case withdrawn by the Prosecution after medical evidence was obtained by the defence to demonstrate that the defendant was unfit to provide instructions or stand trial.

R v F – Birmingham Crown Court
Represented defendant accused of mortgage fraud alongside various other members of the family which was linked to the large-scale fraud of Thomas Scragg.

Helen appreciates the traumatic effect that a criminal investigation can have on an individual. Her calm, approachable and empathetic nature assists her to gain the respect and trust of those who instruct her.

Helen is available to meet with clients at our offices in London, Birmingham and Manchester.

Alternatively, Helen is happy to provide a no obligation initial consultation by telephone or video conferencing.