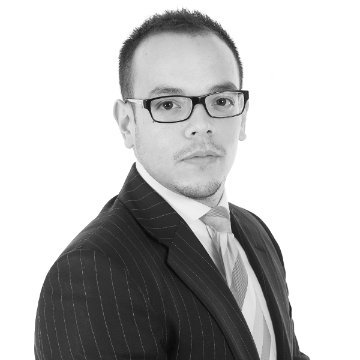 Tim is a Partner and the Head of the Tax Litigation Team at Kangs Solicitors.

An experienced litigation solicitor, Tim joined the firm in 2009 and has led the tax team since 2018.

Tim has a broad and extensive understanding of all areas relating to Tax, Regulatory, Criminal and Insolvency Litigation. His practise encompasses representation in respect of the following areas:

Tim is recognised for his work on complex cases.

In the course of providing the highest levels of representation and service, Tim applies himself to the individual needs of each and every client and is highly regarded for going that extra mile in the pursuit of providing a truly first-rate professional service.

He appreciates that involvement in legal proceedings, whether civil, criminal or regulatory, has personal, professional and corporate consequences for each client. Tim therefore structures his advice and support accordingly in a pragmatic and realistic, but understanding fashion.

His ability to forensically interrogate complex, technical and financial evidence is of particular value enabling him to distil the fundamental issues which present themselves in each case and to provide clear and succinct advice.

Some Examples of Recent Work Include:

HMRC and K
Appeal to the First-Tier Tribunal (Tax Chamber) following decisions made by HMRC to deny the Company’s claim for input tax pursuant to the Kittel and Ablessio principles, in addition to penalties under section 69C and 69D of the VAT Act 2020.

HMRC and CN
Settlement negotiations concerning an enquiry opened by HMRC in respect of a Tax Avoidance Scheme entered into by the client. HMRC initial assessment in excess of £1 million.

HMRC and JH
Appeal brought by a Company Director to the First-Tier Tribunal (Tax Chamber) following assessments made by HMRC in respect self-assessment returns. Parallel HMRC enquiry into the affairs of the Company and possible assessments in relation to the Corporation Tax.

HMRC and BH
Tax Enquiry brought by HMRC involving complex tax and insolvency law in relation to a company in liquidation with issues of VAT, PAYE and Self-Assessment Tax.

HMRC and P
Appeal to the First-Tier Tribunal (Tax Chamber) following decisions made by HMRC to deny the Company’s claim for input tax pursuant to the Kittel and Ablessio principles, in addition to penalties under section 69C and 69D of the VAT Act 2020.

SEC and JW
Claim brought by the Securities & Exchange Commission (SEC) in the USA, in respect of allegation of securities fraud, valued in the region of $75million.

OR and FJ and AS
High value claim brought in the High Court by liquidators of various connected companies. Representation in respect of allegations of Civil Fraud – Unlawful Means Conspiracy, Dishonest Assistance and Misrepresentation.

R v WW
Defending proceedings in the Crown Court in respect of charges relating to a £10 million Cryptocurrency Fraud/Theft. The case being one of the first of its kind to be prosecuted in the UK.

R v IL
Defending proceedings in the Crown Court in respect of allegations of Fraud and Money Laundering arising from the alleged evasion of duty payable on the importation of goods, to the value of circa. £5 million.

WF and NC
Appeal to the First-Tier Tribunal (General Regulatory Chamber) in respect of penalties applied by NC pursuant to the Client Money Protection Schemes For Property Agents (Requirement To Belong To A Scheme Etc) Regulations 2019 And Section 83 Of The Consumer Rights Act 2015.

CIMA and MS
Successful representation to CIMA following complaint issued against our client for bringing CIMA into disrepute.

Trading Standards and RL
An investigation by Trading Standards into our client’s practices and alleged breaches of the Consumer Protection from Unfair Trading Regulations 2008. Parallel issues under the Enterprise Act 2002.

AD Inc and EI Ltd
Acting in a Software Licence Compliance Audit against our client company initiated by an internationally renowned software giant. Advice and Court representation for the company, company officers and employees provided in relation to the Audit process.

AB and Persons Unknown
Instructed to investigate the theft of considerable Cryptocurrency owned by our client. Conducted complex tracing exercise and advised upon application for Norwich Pharmacal Orders.

ME and Persons Unknown
Advising client company on exposure to civil and criminal liability following its development of a new cryptocurrency including advice on allegations of suspected fraud.

Numerous instructions acting in relation to claims brought by liquidators against company directors.

Acting for clients in a wide range of investigations conducted by the Insolvency Service.

He is available to meet with clients at any of our offices in London, Birmingham or Manchester.

He is also available to conduct meetings via video conferencing.